View of the house from the (abandoned) street during Snowpocalypse V.2. Look at how the branches curve toward the earth, white gravity pressing from above. Gusts of wind peel lumps of icy snow from upper branches which cascade down, becoming a crunching avalanche. I went outside and took a bunch of photos, even a little video. It's so quiet, muffled, the only sounds are birds chirping, falling snow, and distant chainsaws. 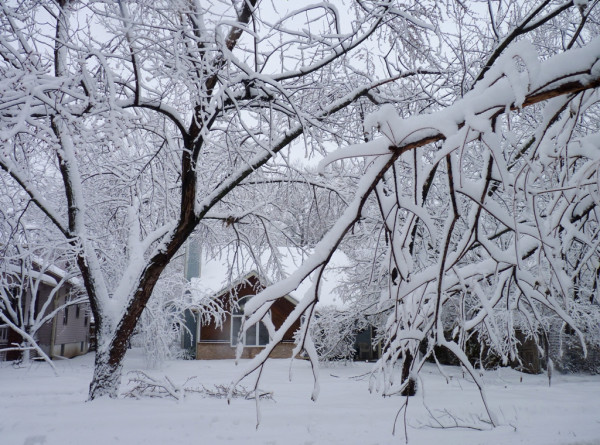 Oh, and what appears to be a bush beside the tree? Branches. Also, the little "tree" on the left of the photo is actually a giant branch that landed thick-side down. I fear for the trees in the area.

It's lovely outside and all that, but if this means Cory Doctorow isn't able to get here for his talk on Thursday....

More behind the cut ( Collapse )

Stay safe and warm out there!