Turns out that it's now illegal in the US to have disgusting fantasies... even when you explicitly state that the online chat you're having about said fantasy is just that: Only a fantasy.

From the Slate.com article:

In the government's version of the facts, Valle had been working up "practical and strategic" plans to kidnap, rape, torture, kill, and eat several women, including his own wife. One of his Google searches shows he was looking for audio clips of knives being sharpened, utensils clanking, or whatever else might serve to whet his violent appetite.

The prosecuting attorney - a representative of the US government, of us all - said in closing statements, "That's not a fantasy that's OK."

Clearly, this guy's fantasies are creepy as hell. But is having creepy fantasies something we should make illegal? Should we put people in jail for having bad thoughts? If so, where do we draw the line for what we consider okay? And who gets to decide that? Do you want someone with his own repressed fantasies deciding yours aren't okay because he feels guilty about his dark desires? Or someone who's so pure as to think oral sex isn't okay? Do you think you've never had a fantasy that someone, somewhere in power would find disgusting? 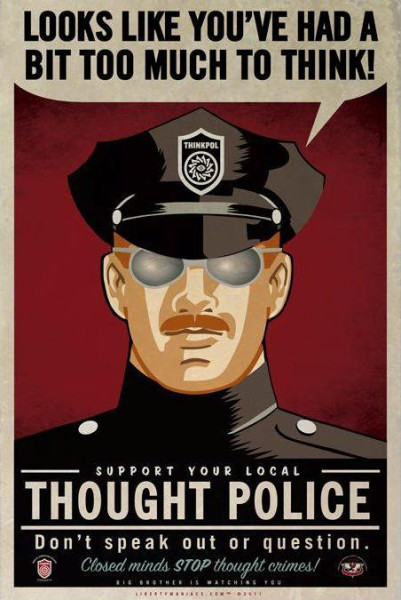 The Thought Police are here. Time to start practicing your mind-block jingle.