Astrophysicists have announced an exciting, new view of the early Solar System.

Click the image to see the Discovery.com story on one asteroid's water plume.

Sure, now Lord Jupiter is happy to maintain a stately, near-circular orbit, maintaining a gravitational fence around the wild ones penned in the Asteroid Belt (Lord Mars keeps the other gate shut), but in their youth they were unpredictable gods, much like their namesakes.

Had to share this little bit of Astro-Awesomeness. I'll leave you with this lovely image of dwarf-planet Ceres (formerly known as "asteroid Ceres," but now a peer of Lord Pluto): 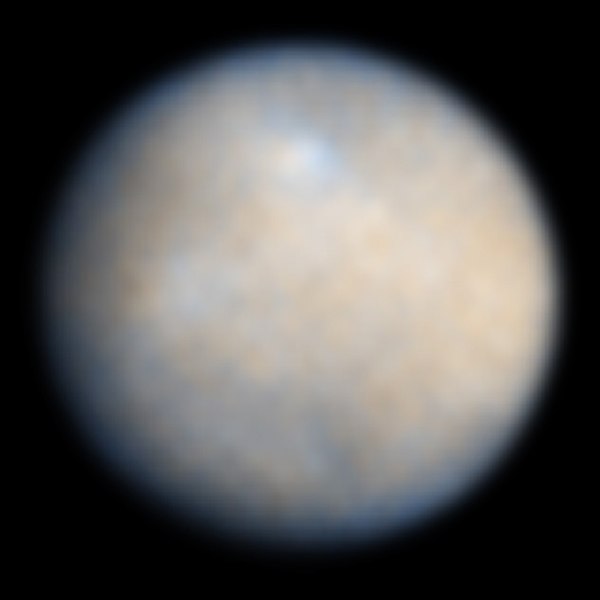 Click the image to see the Wikipedia article on Ceres.
PS: It now appears that Ceres - which makes up about 1/3 of all the asteroid-ish mass in the Solar System - is habitable; that is, is giving off a plume of water vapor. This place has a water-rich atmosphere!

These discoveries... I tell you what: We live in amazing times.