Astro-Porn of the Day: Philae lands on a comet!

First off, apologies for posting here so seldom. Most of my blogs appear first on Tumblr (mckitterick.tumblr.com), because it's so much faster to post stuff there, and it so easily cross-blogs to my Facebook and my Twitter accounts. LJ and DW are just SO SLOW to use.... If you're on Tumblr and/or Twitter, please follow me there and I'll do the same, so we can stay in better contact!

Anyhow. On with the AWESOME. 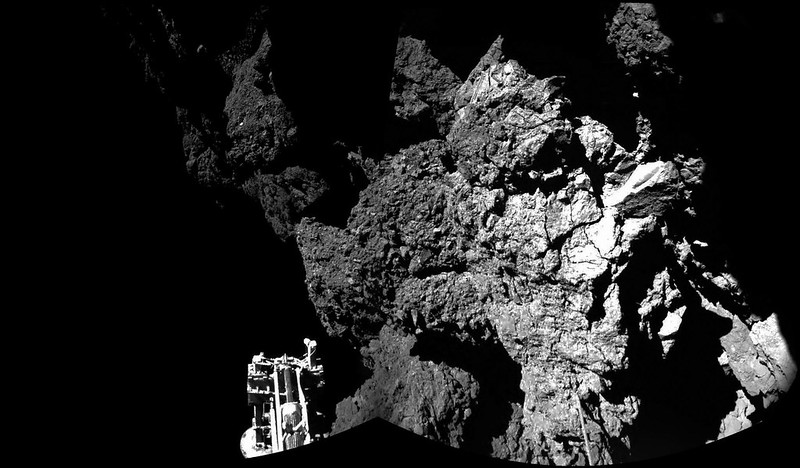 These are the FIRST PHOTOS FROM THE SURFACE OF A COMET. 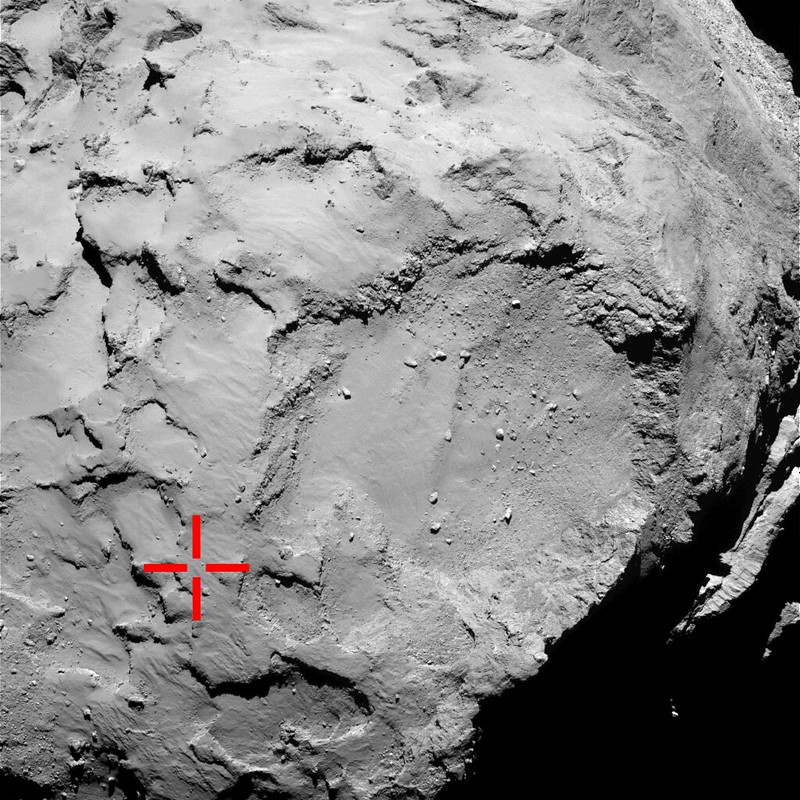 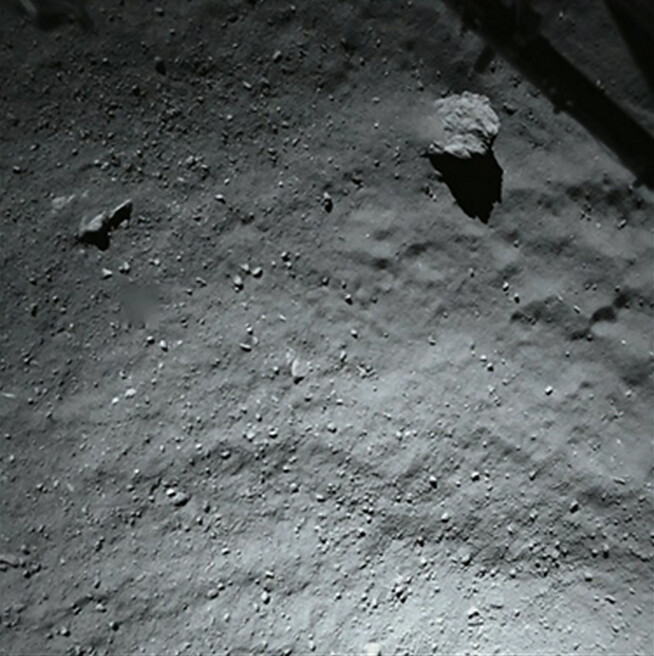 And if you want to see the first DRAMATIC AS HELL images of the comet from space, check out yesterday's post here.

The top photo shows one of the lander's feet in the foreground, safely on the ground. The second and third shots show where Philae hoped to land, but bounced: I love this description:

"Soon after the lander touched down yesterday, scientists realized they had a problem. A pair of harpoons designed to tether the probe to the surface of the comet never fired. The probe weighed more than 200 pounds when it was on Earth, but on the comet, it weighs about as much as a sheet of paper. So with nothing to hold it down, it bounced. Data now shows the first bounce took more than two hours. A second bounce lasted just a few minutes. The first photo from the surface showed the lander's leg next to a rugged-looking outcropping of rock or ice. It is humanity's first view from the surface of a comet."

The last image was taken by Philae's down-looking descent ROLIS imager when it was about 40 meters above the surface. The photos reveal a surface covered by dust and debris ranging from millimeter to meter sizes. The large block in the top-right corner is 5 meters across.

We'll get full-panorama shots FROM THE SURFACE OF A COMET later today. The aim of the ROLIS (Rosetta Lander Imaging System) experiment is to study the texture and microstructure of the comet's surface. Photo source.

PS: Bonus photo... someone giffed the Rosetta and Philae landing images from xkcd: